Leonard Orr founded Lotus Birth, for births to happen, with the placenta intact and not cut off and the mother carries the placenta around in a little sac with the baby.

He didn’t invent this of course, indigenous cultures have been doing this for millennia, but he did bring it to the west. He encouraged women who were doing rebirthing breathwork with him to birth their children like this. He felt very passionately about this.

The placenta will naturally drop off after about 10 days from birth. In indigenous cultures which preserved the connection to the placenta until it naturally falls away – they would make a special sac for it to be carried around with the baby. In these old cultures, they understood that we need our placenta.

The placenta is also the child’s first lover, and when we cut that placenta away, we then wonder why children need blanky’s, teddies. They lost their first deep connection to source, God and who they are. If you have ever looked at placenta, it looks like the Tree of Life, it’s profound.

One of my students, her family cooked up the placenta and everybody ate it. Now, this is your placenta – it’s a part of you. Do you want everybody ingesting a bit of you? I think it doesn’t feel quite right, energetically. My student had a breathwork session around this, she felt like there were bits of her that she needed to claim back from these people who had eaten part of her.

A Maori tradition is for the placenta to be kept and dried out, then the mother takes a bit everyday after the birth until she has consumed all the placenta.

I have done some work with an aboriginal elder and she told me about how they do their own style of rebirthing. It is really amazing.

Their custom was to bury the placenta in the earth, with the idea that this is then your connection to the country, where you come from and who you are. Compare this to what happened to my placenta, which was just chucked in a hospital bin as waste material.

She told me that if that is what happened, then you can go on a journey to re-find your placenta. It could take you a year to refind it. It could be a rock…whatever it is, when you find it, you will know.

When you’ve found it, you can go and do a ritual with her, to bury it and anchor yourself in the ground, in the place of your birth. You will re-establish your sense of being a part of this earth.

The theory is that when you go through your first trauma, which is the birth trauma your cells contract – and they contract in different areas depending on whether there was already an inherited weakness in that area.

This particular type of breathwork is aiming at bringing the life force, or prana back into those closed down cells, and opening them up again. This is why the trauma comes up with the breath.

This is why you get the emotion coming up, because it has to come up. And you need to be deeply supported by someone, you can’t do it in a mass group.

It’s like being in a humidicrib with lots of other babies, then it is just you and that trauma for a whole hour, breathing alone – and it may be that nothing will get resolved for you.

It is not uncommon to hear stories of people fully traumatised by this kind of mass breathwork experience. But that’s how you make lots of money doing breathwork….and that’s basically it.

I have a lot of people come and work with me after this kind of experience. They help you bring out your trauma, and then you pretty much have to go somewhere else to deal with it.

Now for the video of a modern hospital birth 🙂

That’s a modern birth. It is so unnerving. My first experience when I gave birth to my son, it was like that. It was totally impersonal, I had every drug under the sun…I got knocked out at the end and I didn’t get to see my baby from 8 to 9 hours after I’d given birth to him.

All I got was that they lifted him up to show him to me and we locked eyes and I knew him and he knew me. It was just this immediate knowing, and that was the only thing that kept me going.

I had to be knocked out because I was having fits and I nearly died. It was full on. So, when I was woken up I was a mess!

I did a lot of my own work around it, and my son has done rebirthing. My son had 42 hours of labour and then an emergency cesarean. It was supposed to be a home birth. I needed a home nurse for 4 months afterwards because I was so ill.

My son grew up thinking that he had hurt me. So his process in his rebirthing was to know that he is not responsible for what happened. We both had our own paths and our own journeys, and that his birth was supposed to be that.

What happened to my son, is that he got lifted out and I had been having this home birth with all my family and friends around like it was a party – a lot of people – who all ended up at the hospital.

So my son got taken out and then cleaned up and passed around to all my tribe! For hours. He never had any isolation, so there is nothing wrong with him! He just got to meet everyone, and he is such a social being, he is comfortable anywhere with anyone and everybody loves him.

It woke me up to realising that I had to do a lot of work on myself. So much work. So that was the beginning of my journey!

Before that I was working on films in the props department, snorting cocaine, partying, working with famous people, I hadn’t done any work on myself at all.

I’ve always been a very self-sufficient and rebellious person and the reason that I decided on a home birth back then was purely because I wasn’t going to do what anyone told me to do.

So what happened? I completely lost control of the whole thing and was forced to do everything that the modern medicalised birth can possibly involve!

A had morphine, I had an epidural…I had everything, was fully knocked out and it was an interesting experience. It was the most incredible experience of my life up to that point in time.

It took me a long time to get over it. I was in labour for 48 hours and I was exhausted, but I didn’t feel totally defeated. I felt like a bit of a warrior.

But that experience made me, and the reason that I’m up here teaching breathwork and holding space is because I’ve had these incredible experiences.

So, I can really hold people in deep trauma. Also a ton of childhood experiences of deep trauma as well. An alcoholic father and schizophrenic  brother. I come from a deeply traumatised family, and I am the bridge.

I am the one who has bridged that trauma and it has been a hard job. I’ve sat with a lot of different teachings and medicines to become friends with my fear and not to have it own me anymore. That has been profound. I am so grateful for that. Fear still comes up, but it doesn’t own me. No way.

It doesn’t own me, because I get it now. It is a part of me that needs attention. It’s showing me that I need to care for myself, I need to look after myself, because I wasn’t. I wasn’t cared for and looked after. So many of us aren’t!

If you haven’t had children yet, this is the best place to be. If you already have children, know that this work is going to open up things for them. My son wrote me a beautiful testimonial on my 40th birthday, he was only 13 at the time. Just such an incredible testimony because I had started doing the deep work. And at that time I was basically homeless, my kids were basically homeless because I left my partner. My whole life fell apart but my son could see that things were starting to shift and lighten. That actually all the trauma in the family was starting to shift and relationships with my family members were changing.

He wrote a huge testimony, thanking me for being brave enough to do the work on myself so that he wasn’t the one who had to do it. It was just the most incredible, beautiful testimony and he read it and everyone was in tears.

It was the greatest gift that I could ever be given, to be told that I have done my job as a parent. And I didn’t think that I had, after learning about birth trauma and its impact I thought I had fucked my kids up. Both my kids ended up being emergency cesarians after I had tried to home birth both of them.

My son started doing rebirthing breathwork when he was 18. I co-facilitated with Pauline Win, one of my teachers and mentors. It wouldn’t have been good for him to just do it with me. He mainly did it with Pauline.

*I’d like to stress that I don’t work with children myself. I believe that it is the parents who need to do the work. When the children are 18 and they choose to come and do it, then they can come and do it, when they are ready.

When you do the work, when you start breathing and you are more present, your children will notice and things will shift with them.

Doing breathwork changed my children’s life. My daughter, before I did breathwork, we were not friends. We didn’t really like each other. We absolutely love each other now and she calls me her best friend.

Definitely a big part of these shifts is because I am more present. I am more fully in my body, and I’m not carrying around all this trauma.

I sold my business, let go of all my belongings and took my daughter, then 10 years old, and we travelled to Spain. I thought I need to really be with my daughter and we need to go on an adventure together. We need to have to rely on each other and get to really know each other.

Previous Topic
Back to Lesson
Next Lesson
Login
Accessing this course requires a login. Please enter your credentials below!
Lost Your Password? 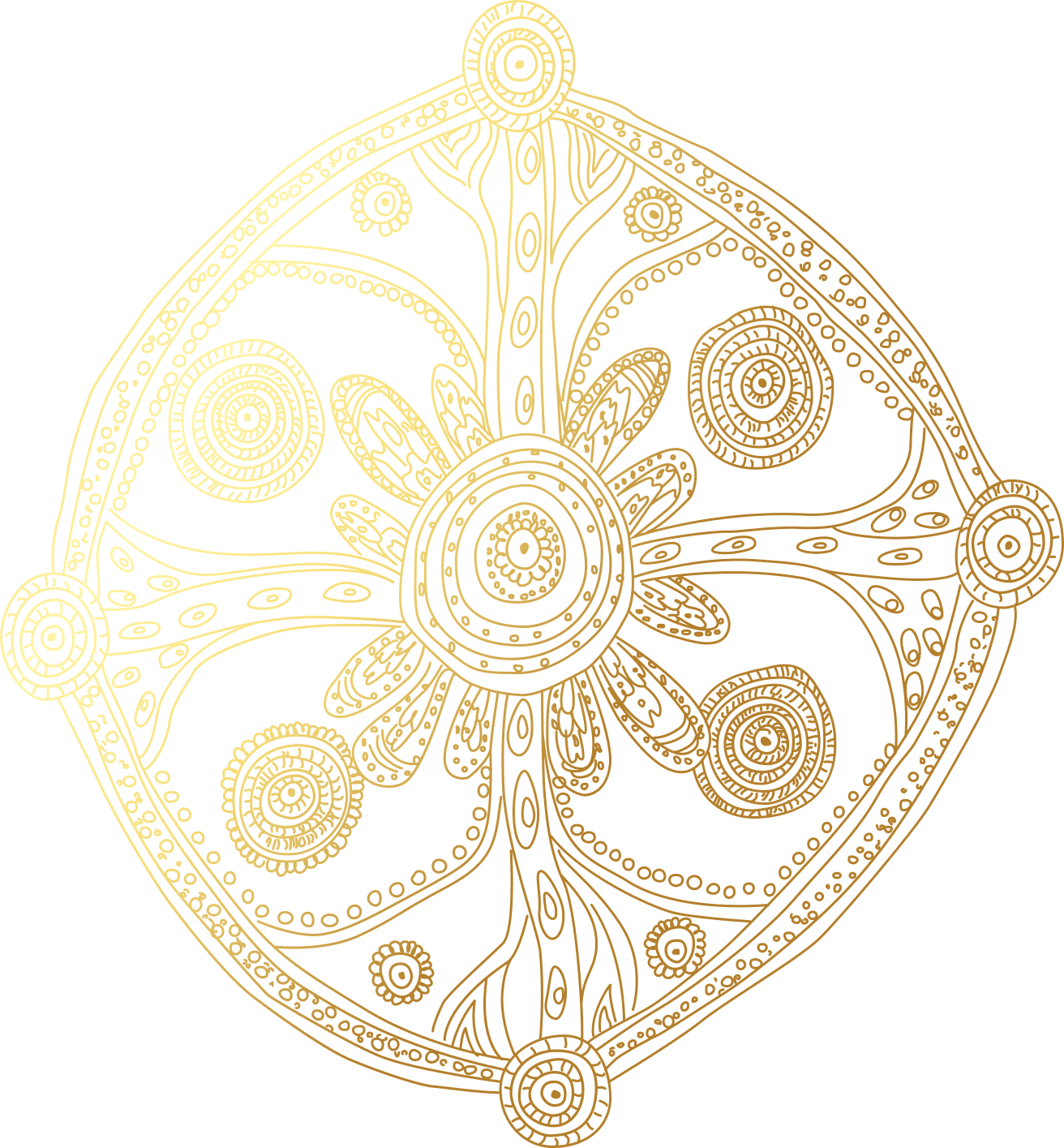